It’s all been happening today… Exeter Chiefs playing a semi final, some wedding somewhere, a football match somewhere else, a large shop selling furniture kits is open, but most importantly, it was DYJO at the Devon County Show.

I’m not sure what’s gone wrong with the weather this year, but after all the snow in Devon earlier in the year (“pah, it’ll never settle here, it never does!”), we’ve had three days of good weather for the County Show. Maybe we’ve gone through a portal into a parallel universe. Anyway, unbroken sun warmed our arrival at the revamped venue, the ‘Watering Hole’. Instead of an open-air stage, the stage is now in an enormous marquee, with a bar attached where patrons could sample fine local ales (we didn’t.)

This year we had just one performance slot (to make way for the wedding and rugby on the big screen), and DYJO2 (with a few extras from DYJO1) did a thoroughly professional job of getting the stage set up in about ten minutes after the Devon Youth Wind Orchestra’s set, and performing to their normal high standard to an enthusiastic audience. It’s the time of the season when soloists really start growing into their solos and exploring possibilities: that’s what jazz is all about.

If you want to hear even more adventure, do come to hear both bands at Seaton Gateway on Saturday 9th June! We promise you won’t be sitting on straw bales. 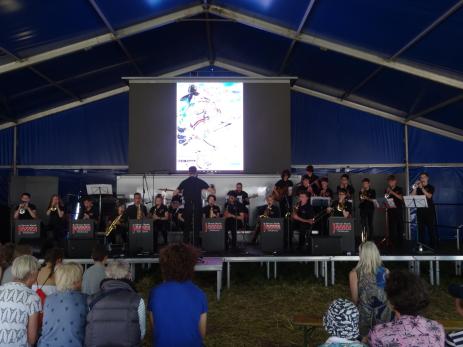 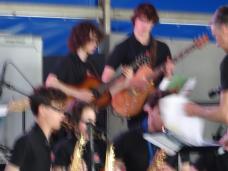 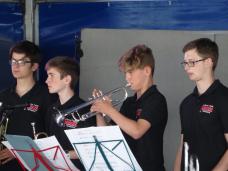 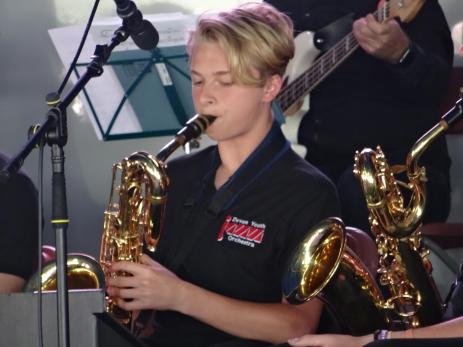 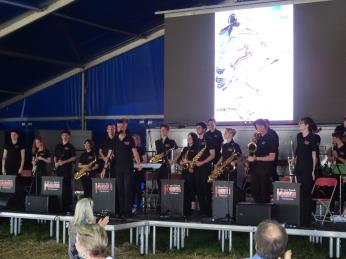 Yet again the weather came good for us and the Dart Music Festival. I think I’ve probably done about fifteen with DYJO, and Graham has been doing them since jazz was invented. It’s always an absolute pleasure: a warm welcome from both the Festival organisers, who do so much to showcase and promote youth music in Devon, and from the general public, who come along every year and fill the Flavel. This year we even had visitors from Canada who had made a point of returning to hear us!

For a change, DYJO1 played the first set, and DYJO2 the second. As a result of clashes with things like Ten Tors and revision for important public exams, both bands did a bit of supportive doubling for each other, and it’s a testament to the friendships betwen the two bands, and the adaptability of the musicians, that you would not have guessed. We also welcomed superstar alumnus Matt Hollick on bass, all the way down from Birmingham, to help out. Both bands, as usual, played their socks off, and 94-year-old Margaret, when she wasn’t looking after the doors and the audience, would have been up and dancing to all the grooves if she had had a partner to dance with!

You might not be surprised to see a couple of bike photos slipped in the selection below. The glorious weather persuaded me (again) to make the day complete by cycling to and from Dartmouth. What better way to spend a day, than filling it with jazz, cycling, and the glorious sights of the Devon coast? 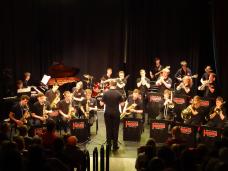 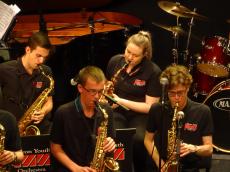 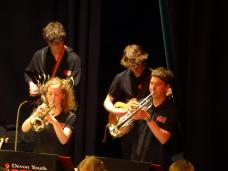 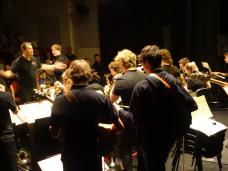 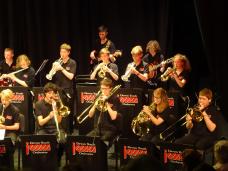 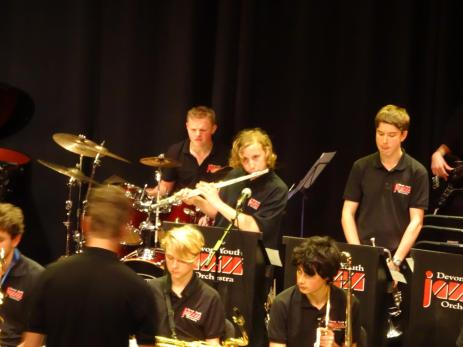 It’s two years since DYJO last played at Honiton’s splendid Beehive. This time we were delighted to be supporting the Admiral Nurse Campaign, which is dedicated to helping those with dementia and their families in and around Honiton.

A full house saw both bands perform widely varied and ambitious sets: DYJO2 kicked off with the Buddy Rich classic Groovin’ Hard, and included solo features for brothers Ethan (on trumpet, with Smoke Gets In Your Eyes) and Luke (on guitar, with Recuedos). Thad Jones’ ‘Ahunk Ahunk’ had its first public performance this season by DYJO2 – it’s a blues, but in a lopsided 5/4 groove, with many challenging lines pulled off with aplomb by the band.

DYJO1 filled the second half with all sorts of delights: the curiously titled ‘Legitimate Itch’ was well up to scratch, Don Ellis’s ‘Indian Lady’ got the audience into quarter tones and back into a 5/4 groove, Alexandra Pavic delighted with ‘Lullaby of Broadway’ and ‘Too Close for Comfort’, and Harry Sewter conducted his own superb ‘Full Fat Funk’. As with DYJO2, DYJO1 showed off just how many great soloists DYJO has, with solos from all round the band sending the enthusiastic audience home with smiles on their faces. Not least, because as well as all the great music, the evening raised £750 for the Admiral Nurse Campaign. Thanks to everyone who made it happen! 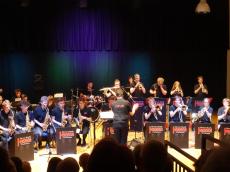 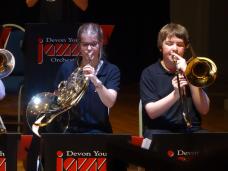 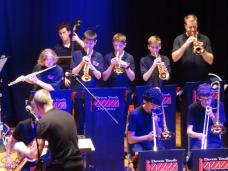 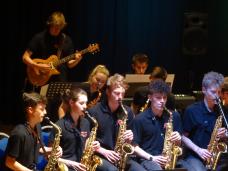 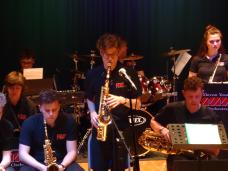 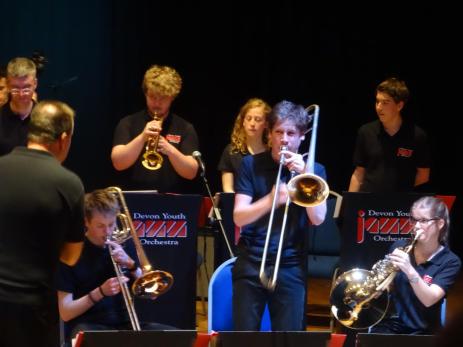 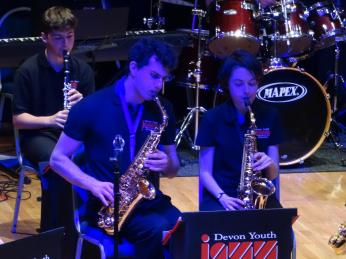 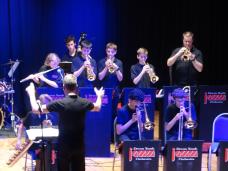