As I wasn’t there, Graham more than filling my shoes (I was 850 miles away in some big mountains), Nic Steward was obviously bowled over:

After an unusually quiet season so far (so quiet I’ve had time to lose my clipboard!), a busy few weeks of gigs got off to a fantastic start at Holsworthy on Saturday evening, a fundraiser for the Exeter Leukaemia Foundation.

The bands played to a hall so full that it was standing room only (it’s a shame Brian wasn’t there to ask his “How many of you have seen DYJO before?” question), and from the first number, it was hard to say who was having more fun, the players or the audience!

A special “well done” should go to Ethan and Will from DYJO2, who (with no warning) stepped up to play with DYJO1, and to DYJO1’s Will for his impeccable calm and professionalism in the face of a microphone failure.

Sandra and Mark Shepherd and their team of helpers looked after us exceptionally well, with more sandwiches and cakes than we could manage (again, Brian was missed!), and nothing was too much trouble.

I was inundated with positive comments as the audience left at the end of the evening, and, as ever, drove home still beaming – here’s to Crediton on 27th April! 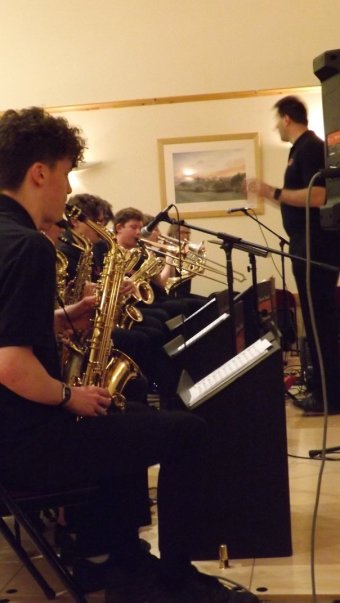 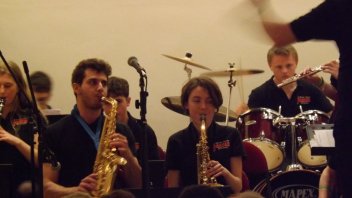