You might recall that we had no less than five DYJO players gain places to and attend the National Youth Jazz Collective Summer School this year (and supported by DYJO funding). It’s certainly to DYJO’s collective benefit that our young players are taking even more time out to enhance their jazz skills with some of the top musicians in the country, as they can then inspire everyone else in DYJO (including us tutors!) with their playing.

The application and audition process for next year’s summer school will be starting soon, so as an encouragement for all young aspiring jazz musicians to participate in the process, here are two videos featuring Kai Craig and Will Pearce:

Do keep an eye out here for the announcements for the 2017 Summer School!

We had a fabulous night at Teignmouth last night! In true jazz fashion we were kept on our toes, as our special guest soloist, Paul Towndrow, travelling down from Glasgow, arrived just before the gig after a nightmare journey. You’d never have guessed it though, as he blew the audience away as soon as he launched into his first solo with DYJO2 in Almost The Blues: I could see the players in DYJO2 listen in amazement at the stream of notes pouring from Paul’s alto sax. Of course as well as Paul’s solos, there were many superb solos from the band members too, who will no doubt have been inspired by Paul’s playing.

After the interval, DYJO1 delivered a strong and varied set, again with great solos from around the band, and four feature numbers from Paul, including the lovely Crystal Silence. The set had started with the perennial favourite Manteca, included A Night in Tunisia, a great arrangement of Wonderwall (sung by Will Pearce), and ended with the delightfully off-the-wall Bjork arrangement of It’s Oh So Quiet sung by Vicky Lannin.

One special note must go to the venue, the new Pavilions theatre. After so many years in the old Carlton, despite fondness for the old place, it was an absolute delight to play in this gleaming new addition to Teignmouth: it both looks and sounds terrific. We hope we’ll be able to enjoy as many appearances in the Pavilions, as part of the Teignmouth Jazz Festival, as we did in the old Carlton!

Thanks are due to the theatre, the Festival, the players (and their parents!), as well as (especially) a very large and enthusiastic audience: it wouldn’t be the same without you!

This Friday will mark DYJO’s annual show at the Teignmouth Jazz Festival, with special guest soloist Paul Towndrow. As usual, the two bands will present a wide range of great music, from the earliest swing (tunes such as Begin the Beguine, in the arrangement made famous by Artie Shaw) to the most up-to-date funk (such as a really cool arrangement of the classic Gershwin I Got Rhythm).

And, very excitingly, we will be at the fabulous new Pavilions Theatre, which replaced the dear old Carlton Theatre. It’s going to be a bit strange to know that we’re in the same location as the old theatre was – maybe some of the old vibes are still there!

If you’d like to come to hear us, tickets are available from the Pavilions Teignmouth. The show kicks off at 8pm. 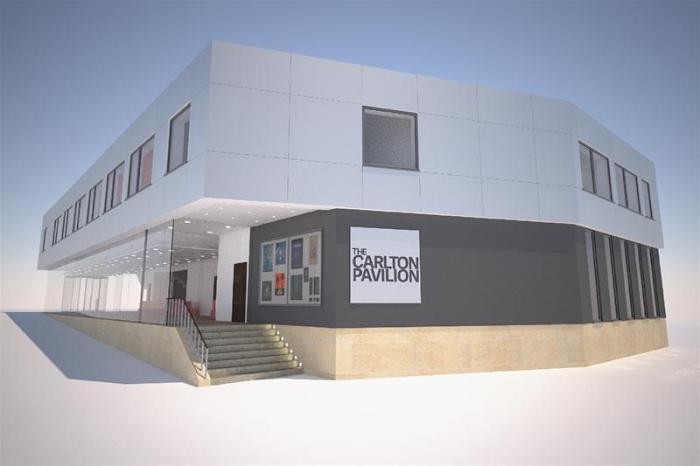